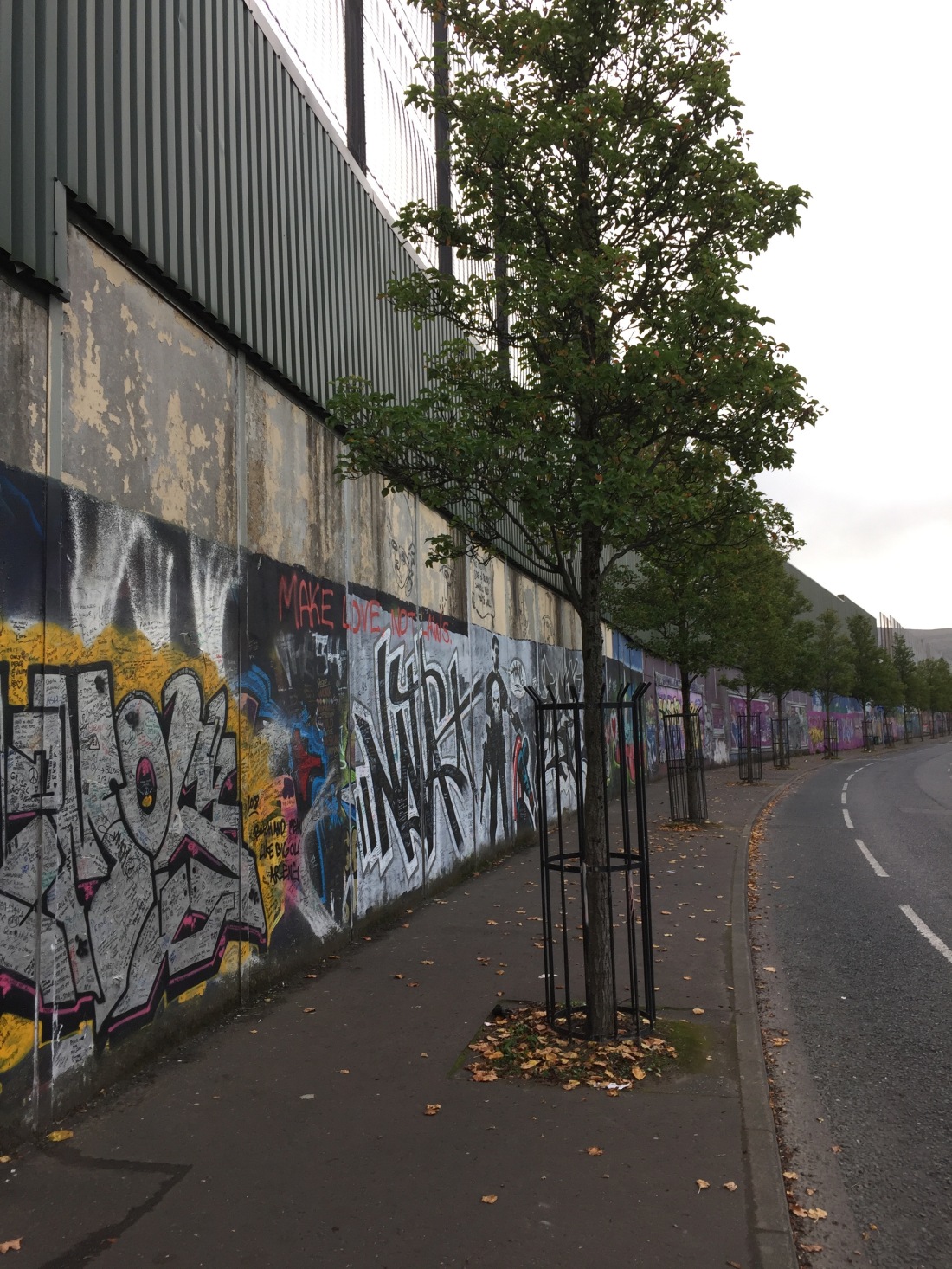 Belfast, Northern Ireland.  I have a confession:  I’m not sleeping well these days.  I used to sleep well, but recently I wake up in the middle of the night feeling anxious.  Objectively speaking, I shouldn’t feel anxious.  I have a nice house, a stable well-paying job that I like, a lovely family, a fine set of supportive friends and colleagues.  I eat well, travel widely and feel appreciated at work and at home.  So why can’t I sleep well?

Some people suggest that it might be an undiagnosed medical condition. Other people say that erratic sleep comes with age.  But when I discuss this seemingly inexplicable problem with my friends and colleagues, who also have good jobs and stable family lives, they, too, have experienced many nights of tossing and turning.  Like me, they have dreams about devastating floods, tsunamis, earthquakes, nuclear holocausts.  Like me, their worries about expanding poverty, the open display of racism, ethnic discrimination, Islamophobia and misogyny, the spread of hateful speech and explosion of violence against minorities, have  added a new dimension of stress to their busy lives—resulting in sleepless nights.

I admit that my small circle of friends and family cannot be a representative sample of the current population in America, but are our stories of unrest isolated examples of what seems to be widespread social mania?

To be blunt, the chaos of our social and political relations has shaken the American social foundation.  Even in the recent past we took for granted some fundamental, bedrock American principles:

There are probably other bedrock principles that I have overlooked, but you get the idea.  We live in world of alternative reality in which expedient lying and unseemly behavior are not only accepted but applauded–in the exercise of brute power.  The speedy denigration of core values, extended through the rapid spread of social media, has ripped apart our social fabric and brought on, for many of us, a succession of sleep disturbed nights.

As an anthropologist who thinks often about the dangers of an unraveling social fabric, I worry about the future.  What kind of life awaits our children and grandchildren?  In the here and now, I lose sleep.  Even so, when I interact with scholars in their 20s and 30s—the next generation of professionals, including, of course, anthropologists—I am filled with hope.  These young scholars lead precarious lives.  Their prospects for academic employment are bleak.  When they do find employment, they are overworked and underpaid.  Senior scholars sometimes disrespect them– privately and publicly. Somehow, they persevere continuing to conduct research and write essays and monographs that convey much-needed engaged anthropological insight in the public sphere.

I have witnessed this impressive talent firsthand in writing workshops I have facilitated during the past four years.  During these workshops, we work on developing an evocative way of writing ethnography, of communicating anthropological insight to the general public, of not shying away from employing anthropological ideas in public discussions about racism, religious intolerance, income inequality, gender bias, political conflict, not to forget the ever-important debate on climate change.  During these workshops, the knowledge, depth, and expressive skill of the participants, most of whom are precariously employed, has overwhelmed me.  When I listen to them sensuously describe the people and places where they have conducted their research, their words and images often take my breath away.

They are skilled writers and image-makers.

They are politically engaged.

They have important stories to tell.

They are our future.

In Europe and in North America, we live in crazy times, which means that many of us are not sleeping as well as we might.  Having just concluded one of the aforementioned writing workshops in Belfast, Northern Ireland (a socially and politically troubled city) among an inspirational and resilient group of international scholars, I am finally looking forward to a good night’s sleep.

If we pay attention to the committed and refined scholarship of the next generation, we can be confident of better days ahead.